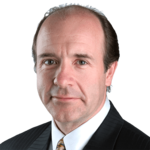 Wally Klemp is an experienced and successful entrepreneur with 30 years of company-building history. He has founded multiple Houston-based biotech companies collaborating with MD Anderson Cancer Center, including Moleculin Biotech, Inc, which he took public in 2016 . He has focused the last 15 years on developing and marketing therapeutic devices and drugs from concept through FDA approval. Prior to that, Mr. Klemp was founder, CEO and Chairman of Drypers Corporation, a publicly traded multinational consumer products company, growing Drypers from start-up to nearly $500 million in annualized sales and #1 on the INC 500 List of America's Fastest Growing Companies, and earning the American Marketing Association's Gold Edison Award. He developed growth strategies, orchestrated mergers and acquisitions, and had direct responsibility for nearly $.75 billion in public and private financings. 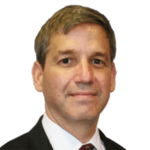 Dr. Capelli is the lead inventor of Soliton's RAP technology. Chris led the Office of Technology Based Ventures at The University of Texas M.D. Anderson Cancer Center where he formed the foundational concepts that have become RAP and eventually left MD Anderson to co-found Soliton. Prior to MD Anderson, Dr. Capelli served the director of the Office of Technology Management at the University of Pittsburgh. Both an MIT engineer and a medical doctor, Chris is the inventor of numerous patents. He was the founder of BioInterface Technologies, Inc., which developed new a silver-based antimicrobial technology for use in wound care, and he was co-inventor of the core technology that eventually became Dexcom, an $8 billion medical device company. 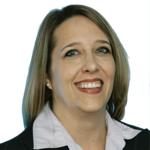 Prior to joining Soliton, Ms. Bisson worked as a financial and business development consultant advising a number of life science companies. Lori served as the CFO of Zeno Corporation, a medical device company focused on new technology in the aesthetics area, and previously held various positions with Drypers Corporation, a publicly traded multinational consumer products company, where she ultimately held the title of Vice President of Integrated Solutions and oversaw accounting, information technology, and logistics for the US operation. Lori began her career at Arthur Andersen, LLP as an auditor focused on consumer products companies. 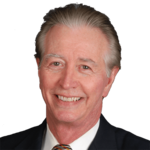 In addition to being a lawyer and having served as a Washington State Senator, Mr. Tanner has served as Chief Operating Officer of Zeno Corporation, a company that developed and marketed dermatology devices and drugs from concept through FDA approval and market launch. Prior to that, Joe has held senior leadership positions in the contract electronics manufacturing industry as well as the consumer products industry, with responsibilities for both domestic and international operations.

Mary Stoll joins Soliton from Cytrellis Biosystems where she served as Senior Director of Clinical Operations. At Cytrellis, she oversaw and lead all clinical operations activities for new technology targeting skin laxity and was responsible for promoting, executing, and establishing clinical strategies in line with the Company's mission and vision. Prior to her tenure with Cytrellis, she was the Executive Director of Clinical Services at Cynosure, a laser Company acquired by Hologic, Inc. Ms. Stoll holds a Bachelor in Science Health and Science Studies and a nursing degree both from Quinnipiac University.

Mr. Mills has over three decades of extensive experience in supply chain operations. Most recently, he was Senior Director of Supply Chain at Icelandic Milk & Skyr where he was responsible for supply chain, logistics, project management, and the customer service and quality departments. Prior to this, Mr. Mills served as Vice President of Global Operations at LumaTherm Inc. and Director of Logistics at Advocates for Human Potential, Inc. (AHP).

Most recently, Mr. Shapiro was Vice President of Commercial Operations at Viveve Inc., a Women's Health Company which manufactures patented CMRF Technology, where he recruited a sales team which generated approximately $11 million in revenue in the year of launch. Prior to this, Mr. Shapiro served as Senior Director of the North America Device Division at Merz, where he successfully led a team of over 60 sales professionals and helped launch Cellfina, a cellulite treatment device which generated $15 million in sales during the first year, along with Ultherapy, an industry leading skin tightening device.

James Bucher is a forty-year veteran of the medical device industry, having begun his post-military career with Coherrent Medical, the past twenty years in sales and marketing strategy and operations for mid-cap medical device companies focused on aesthetics. Mr. Bucher most recently served as the Managing Director of Europe for miraDry, Inc. where he was responsible for the development, implementation and execution of the overall European commercialization approach. Prior to joining miraDry, Mr.Bucher acted as Vice President of Europe, Middle East and Africa at Zeltiq Aesthetics, the makers of Coolsculpting acquired by Allergan Plc. in 2017 for $2.4 billion.  Prior to Zeltiq, Mr. Bucher held various leadership positions in sales and field operations positions across laser and other medical device companies, including Reliant Technologies, Iridex and Radionics. James earned a B.A. degree in History from Gettysburg College.